Snapping scapula syndrome develops when the normal smooth gliding of the scapula over the chest wall is disrupted. The most common reason for snapping scapula syndrome is bursitis due to overuse. There is a cycle of inflammation, bursitis and scarring. Muscle abnormalities due to weakness or local trauma can also cause the symptoms. Very uncommonly bony lesions may cause snapping either due to a malunited rib or scapula fracture or an osteochondroma on the undersurface of the scapula. 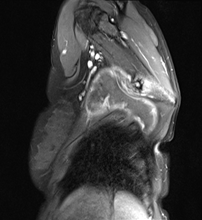 Bony osteochrondroma on undersurface of scapula

Patients experience pain localized to the medial border of the scapula, specifically at the top corner. There is often crunching or mechanical symptoms. The mechanical symptoms are typically associated with arm elevation. There can be mild scapula winging but this is often not severe. There may be associated symptoms including neck pain or radicular symptoms or shoulder symptoms if the scapula symptoms are secondary to a primary dysfunction of the neck or shoulder.

Most patients have tenderness to palpation over the medial border of the scapula. There is palpable crepitus on elevation of the arm. In isolated scapulothoracic bursitis, there are no neck or shoulder symptoms elicited from a neck or shoulder examination. In patients with referred pain from the neck and not true scapulothoracic bursitis, a cervical spine exam will reveal pain with neck extension and rotation.

If a patient fails nonoperative physical therapy, the symptoms are isolated to the scapula with no cervical or concomitant shoulder pathology, there is a positive temporary response to a local cortisone injection (near 100%) and the patient does not have a structural injury to the muscles surround the scapula or neurogenic winging, then consideration is made for isolated arthroscopic scapulothoracic bursectomy.

Based upon my surgical experience, we no longer perform an arthroscopic superomedial angle of the scapula resection at the same time as bursectomy as there does not appear to be any clinical benefit of adding the bony resection and it often lead to increase early postoperative pain. We have published on the results of arthroscopic bursectomy and partial scapula resection with very promising results out beyond 2 years with 92% satisfaction and pain relief. 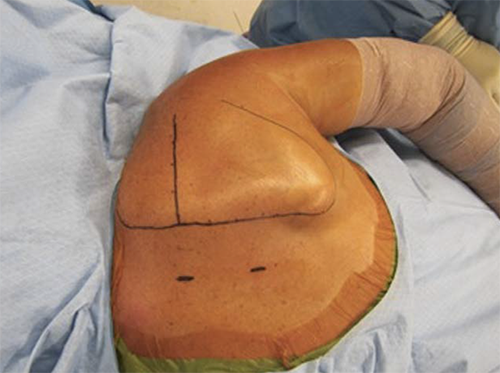 The surgery is done in a prone position with two portals as shown in the image above.

Utilizing standard arthroscopic camera, we are able to visualize the inflamed bursal tissue as seen below. 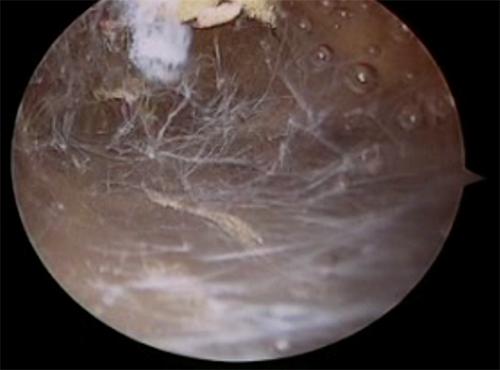 After bursal resection, the space between the scapula and chest wall is opened. 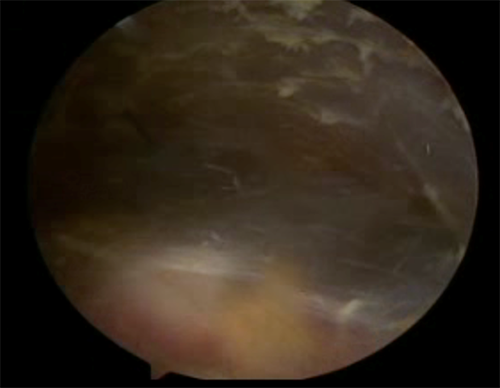 The underlying rib cage and intercostal muscles can be visualized after removal of bursa as can be seen above.

Postoperative patients are in a sling for comfort and can start using the arm that evening. They will have 10 lbs of lifting and then return for suture removal at 2 weeks. They will perform therapy from 2 weeks to 6 weeks postoperative and then are allowed full return of activity.

We reported on my initial series of patients with the procedure back in 2013 with the abstract of the manuscript seen below with excellent outcomes and return to activity and reduction in pain and improvement in function. 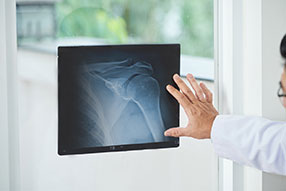 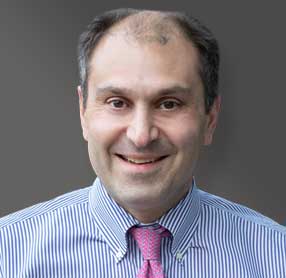